Share a memory
Obituary & Services
Tribute Wall
Read more about the life story of Nathaniel and share your memory.

Nathaniel “Monkey Joe” Robinson, son of the late Deacon Jerry Lee Robinson, Sr. and Ethel Strouble Robinson, was born on September 11, 1971, in Orangeburg, SC. He was called home to be with the Lord on Tuesday, January 10, 2023.

A native of Orangeburg, South Carolina, Nathaniel, affectionately known as “Monkey Joe or Nay,” was educated in the Orangeburg Public School System. After graduating from Orangeburg-Wilkinson High School in 1989, he entered into the workforce and was employed by Kimbrell’s Furniture Store. He later accepted a position with Farmer’s Home Furniture Store. After recognizing his love for the outdoors, he built a professional career with Carolina Tree Company and served 24 years before Lewis Tree Company acquired the business. During his spare time, “Monkey Joe” loved to watch football, especially the Dallas Cowboys. He also enjoyed basketball and dancing.

He was married to the love of his life LouZini Vereen Robinson (lovingly known as “Zini” or “Z”) for 14 years; however, they shared a love for more than 20 years. Her love and devotion to her husband was unwavering as she stood by his side during his illness until God decided it was time.

The funeral will be held on Saturday, January 21,2023 at Faith Tabernacle Deliverance Temple 1161 Amelia St. Orangeburg, SC 29115 beginning at 11:00am. All those attending service must wear a mask and adhere to all COVID-19 rules and regulations.

To send flowers to the family or plant a tree in memory of Nathaniel Robinson, please visit our floral store. 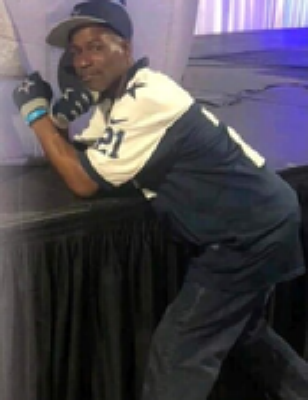