Share a memory
Obituary & Services
Tribute Wall
Read more about the life story of George and share your memory.

George Edward Owens the son of the late Willie and Mary Davis Owens was born on November 13, 1952, in Orangeburg South Carolina. George entered eternal rest on Monday, January 2, 2023 at Pruitt Health Nursing and Rehabilitation Home in Orangeburg, South Carolina. George lived most of his adulthood in California, in Los Angeles and Inglewood. He also served in the United States Navy. As George was getting older he was missing home so he returned to Orangeburg. For several years he also lived in St. Matthews with his Sister Sharon. But when his health started to decline he was transferred to the nursing home and resided there until his passing.
George was the jokester of the family and always did silly things, and made everyone he knew laugh. He will be extremely missed by his nieces and nephews. Who not only thought he was too funny, but he told it like it is. He always spoke his mind and didn't like no one to tell him what to do. That was "Uncle George" hilarious.
George is preceded in death by his parents; and brothers John, Michael, Harriel, Willie and Bobby.
George leaves to cherish his memory: four sisters: Priscilla O.Hunter of Fort Worth, TX; Janet(Winston) Smith ofJacksonville, FL; Brenda (David) Hardy of Orangeburg, SC;Sharon Reynolds of St. Matthews, SC. three brothers:James Owens of Irvin, TX, Christopher (Linda) Owens of Rialto, CA; Larry Owens of Lancaster, CA; A Special Cousin Barbara Jean Owens- Riley who kept an eye on him while he reside in the nursing home: and a host of special aunts,uncle, nieces and nephews, cousins, and other loving relatives.

The funeral will be held on Friday, January 6,2023 at Glover's Funeral Home beginning at 11:00am. All those attending service must wear a mask and adhere to all COVID-19 rules and regulations.

To send flowers to the family or plant a tree in memory of George Owens, please visit our floral store. 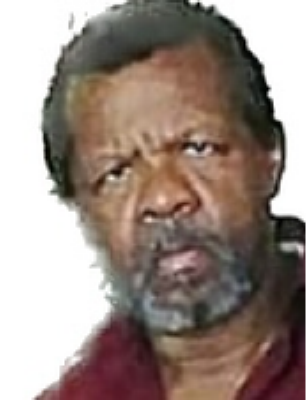