Share a memory
Obituary & Services
Tribute Wall
Read more about the life story of Gene and share your memory.

“For we know that if our earthly house of this tabernacle were dissolved, we have a building of God, a house not made with hands, eternal in the heavens.”
II Corinthians 5:1
Mr. Gene Rogers Johnson was born August 31, 1946 in Orangeburg, South Carolina. He was the oldest child born to the late Mrs. Lurline Johnson Haynes. To all who know him well, he was affectionately known as “Sonny Boy!” God saw fit to call him to his heavenly home for eternal rest on Monday, January 16, 2023 from his residence in Orangeburg, SC after a brief illness.

Sonny Boy was educated in the public schools of Orangeburg, SC. After graduating from Wilkinson High School, he enlisted into the military, the United States Army where he served 20 years of active duty. He completed to tours in Vietnam and served in Korea. Gene retired in 1985. He married the love of his life, the late Mary Lee Glove on June 11, 1967. To this union three children were born.

The funeral will be held on Sunday, January 22,2023 at North Orangeburg United Methodist Church beginning at 1:30pm. All those attending service must wear a mask and adhere to all COVID-19 rules and regulations.

To send flowers to the family or plant a tree in memory of Gene Rogers Johnson, Sr., please visit our floral store. 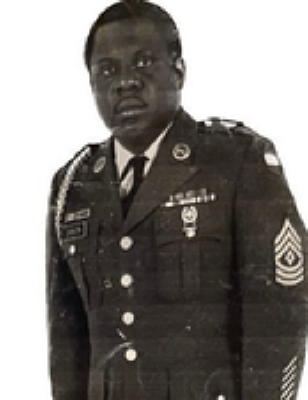